More than a quarter million people walk through the gorge...

The gorge of Samaria is the second most visited tourist attraction on Crete (following the Minoan palace of Knossos) and by far the most popular walk.

The Samaria gorge is the longest one in Europe. It is an area of stunning natural beauty. Rare flora and fauna have survived in this area and are protected. The mountains that have formed it are wild, high and steep. One will pass through forests of ancient cypresses and pines and descend between vertical cliffs. The path starts from Xyloskalo (near Omalos) in the White Mountains at an altitude of 1230 meters and comes to an end at the village of Agia Roumeli at the Libyan sea. Walking through the gorge usually takes anything from 3 to 5 hours (excluding the breaks). If you would like to avoid the crowds, you could choose to start your walk towards the middle of the day. This way you could reach Agia Roumeli in the evening, having enjoyed the gorge all to yourself. You could spend the night in Agia Roumeli and then have a wonderful day at the beach before you leave. Nevertheless beware: the Samaria gorge is not just an easy stroll. The path is 16km long and although it is maintained and in good condition, it is quite stony and also steep at times. If you are not used to this type of exercise you may find it pretty heavy going and will certainly feel your legs for days afterwards.

Dispelling a few myths about Samaria

It seems that most of what has been written about the gorge of Samaria was plagiarized from the same original source. This means that the same errors have been repeated almost everywhere.

The gorge of Samaria is not 18 km long (the 18 km refers to the distance between the settlement of Omalos on the northern side of the plateau and the village of Agia Roumeli) but is 16 km long, starting at an altitude of 1230m and taking you all the way down to the shores of the Libyan Sea in Agia Roumeli.

The very narrow passage near the end of the gorge is often called the "Iron Gates". None of the former inhabitants of Samaria know why the place suddenly got this name. They were always known by the locals as "Portes" which means "doors" or "gates", but certainly no "Iron" anywhere!

Samaria is said to be the longest gorge in Europe. Good marketing but not quite the truth: the "gorges du Verdon" in South France are a little over 20 km in length. Samaria is not always crowded. There may be up to 2000 or more people a day walking through the gorge of Samaria but on many days there are only a few hundreds. Keeping in mind that these people do not start at the same time and most of them walk in only in one direction (down) the number of people you will encounter is much lower and it is quite possible to have the gorge more or less to yourself if you choose your time well (see below 'When is the best time to walk through the gorge?' ).

The infrastructure of the National park of Samaria The park is supervised by the Department of Forestry and is one of a dozen national parks in Greece. You need to pay an entrance fee of 5 Euro (free to children under 15). The path is maintained and is substantially better than "normal" mountain paths in Crete.

There are wardens along the way (in radio contact with each other) who will help you in case of trouble or injury.

There is also (in theory) a doctor stationed in the village of Samaria. This has not been the case in the last few years (2009-2014).

There are well-maintained springs on the way so that you do not have to carry much water.

There are toilets in several places and plenty of rubbish bins. You find surprisingly little litter, considering the amount of people passing through every day.

You also get a set of rules aimed at protecting the park and making the experience safe and pleasant for everyone. The gorge is open only during the day time and if you want to start walking in the afternoon you will only be allowed in up to a certain point. The guards want to make sure that everybody who walks in also gets out before nightfall. This is the reason why they ask you to present your ticket on the way out as it (supposedly) enables them to know if there is anyone still in the park at night. 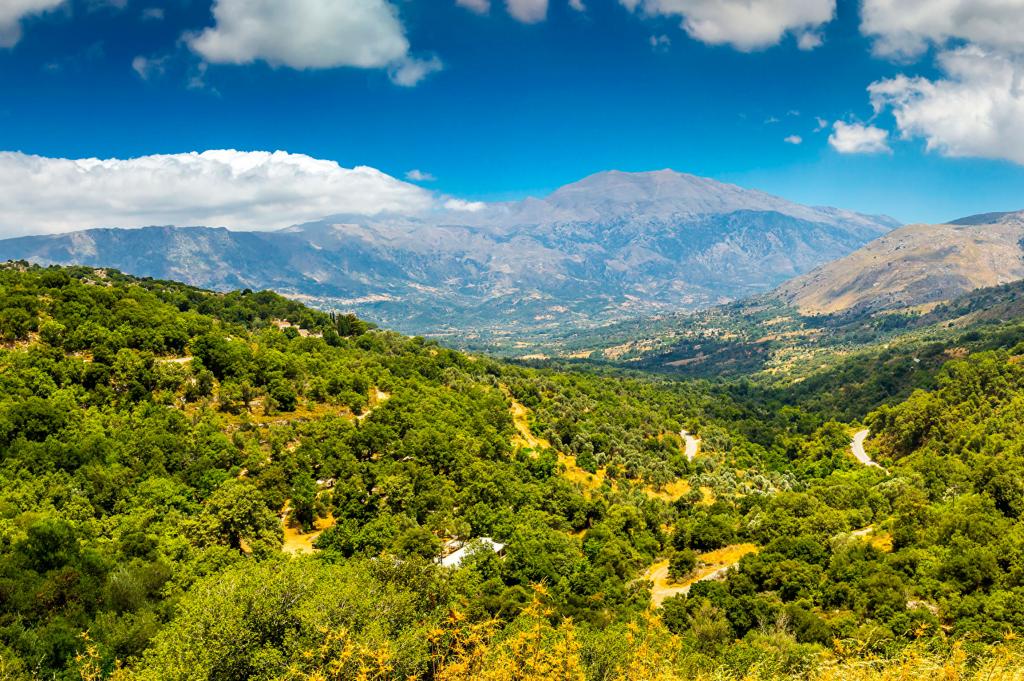 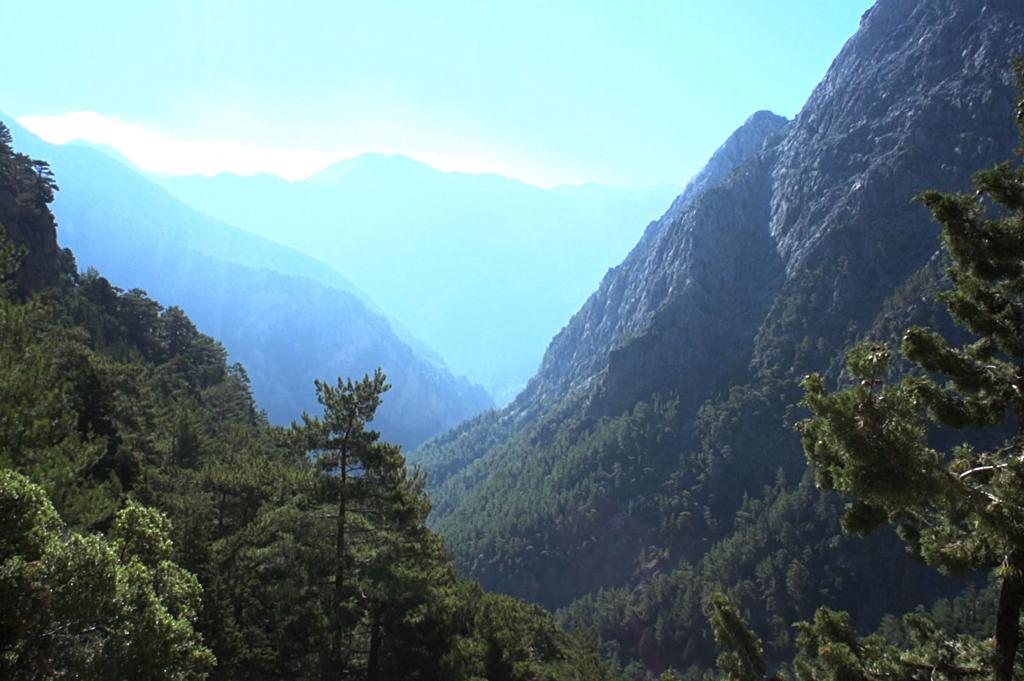 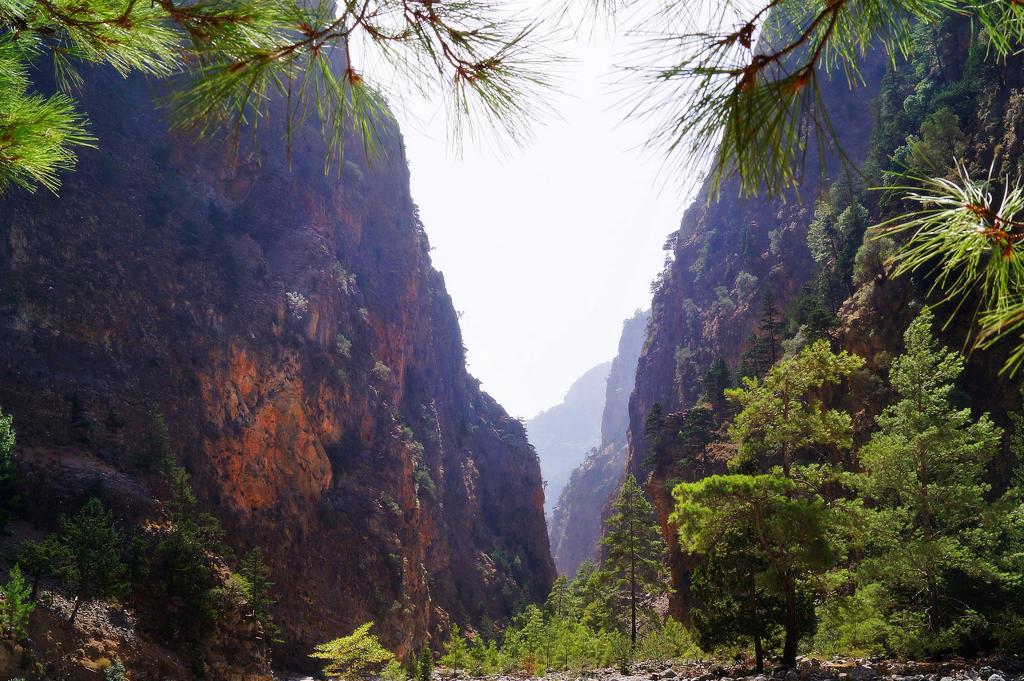